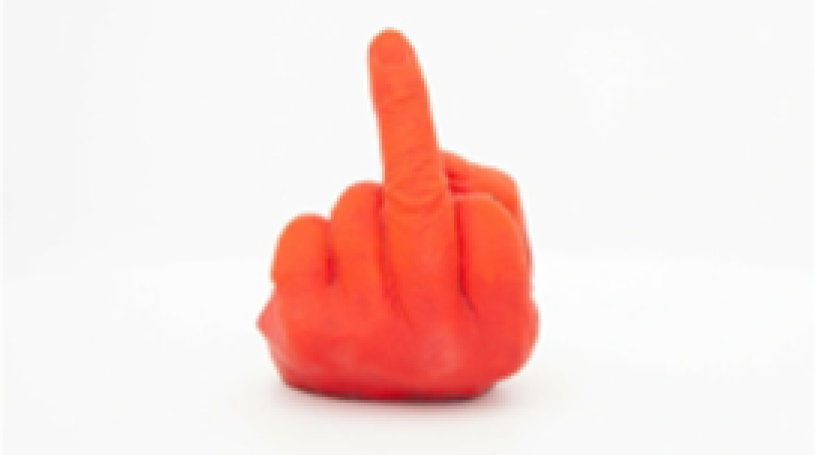 Three glass sculptures by artist Ai Weiwei were snatched from an exhibition at a gallery in Hamburg, Germany, during a daytime heist.​

As of Friday, local authorities are still appealing to the public for any information that could lead to the perpetrator behind the theft at Lumas Galerie, which is located on the city’s upscale shopping street Neuer Well. Security alarms at the gallery reportedly did not alert staff to the works’ removal from display during opening hours.​

A hotline has been set up for “witnesses who have made observations in this context or who can provide information about the perpetrator or the whereabouts of the sculptures,” according to the Hamburg police website.​

The artworks—red, yellow, and orange reproductions of the artist’s hand—were listed each for €9,500 (about $10,000) on the Lumas website. The trio references the Chinese dissident artist’s well-known photography series, Study of Perspective (1995–2017), in which his middle finger is raised to monuments and politically charged sites around the world.​

The most notorious entry in the series, titled Study of Perspective: Tian’anmen (1997), was taken in Tiananmen Square in Beijing, where hundreds of pro-democracy demonstrators were killed by military troops in 1989. More recently, that photograph has been the target of criticism from pro-Beijing politicians who claimed it violated mainland China’s controversial National Security Law. Last year, the newly established contemporary art museum M+ in Hong Kong said that the work would not be on view as part of its much-anticipated opening.​

Following reprisals from the Chinese government for his years-long activism, Ai and his family relocated to Berlin in 2015. He decided to leave Germany in 2019, publicly saying that felt his adopted home had become intolerant of refugees. Although he maintains a studio in the German capital, he has resettled in the United Kingdom.​